1 Year On - So Much Inspiration Out There!

A year ago this week, our film and book were launched into the world, with public screenings in Bremen and Darlington. Since then, we have been sending copies out to cycling advocates, campaigns, officers and research organisations all around the world. We have produced an NTSC version, a new 26 minute edit, and are now putting the finishing touches on Spanish and Portuguese subtitles for a multi-lingual DVD.

All of this new work has been inspired by the remarkable range of people out there who are trying to make cycling more attractive as an everyday means of transport. Many of them got in touch with us to order a DVD or book. Many of them have used Beauty and the Bike to raise debate about the state of cycling in their town or region.

So starting today, we’d like to share with you some of the work, more often than not voluntary, that is going on around the world. The one common factor is that they have all used Beauty and the Bike in some way or another.

Within a few weeks of our premieres last year, we were contacted by Emily Crompton, a post-graduate in Manchester, England. She described her group there in the following terms:

“I am .. from the group called The Spokes (part of i bike mcr) - the UKs only all-women-bicycle-dance-troupe!” 

With an introduction like that, it was impossible not to want to follow up the contact. Emily and her colleagues were organising a bike festival, and wanted to screen the film as part of that. So a couple of the girls from the film accompanied us down to Manchester on 31st March for a wild evening at the Lass o’ Gowrie pub.

The screening was dogged by a temperamental projector, but we were all too wowed by the amazing determination of this group of women to cycle on the roads of Manchester, whatever the conditions.

What was perhaps most remarkable was the obvious cultural gap between these women and Kate and Lauren, who had travelled down from Darlington for the evening. The former, with their light racing bikes and waterproof gear (as usual it was wet in Manchester), the latter changing into their high heels and lippie just before arriving on the train. It was an amusing encounter, ending with the promise from Manchester that, if they ever organised a Critical Mass Ride in Darlington, the Spokes women would be up there to help.

So as a thank you to Emily and the others in Manchester, sit back and enjoy one of their performances, from a Critical Mass event in Manchester.

Posted by inconvenient_truth at 11:02 No comments: 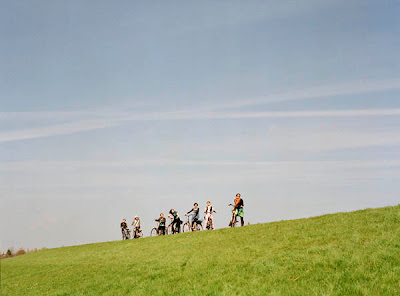 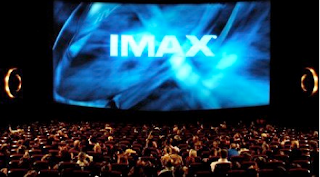 Cycling groups around the world are organising public screenings of Beauty and the Bike. Here is a list of dates and venues coming up in the near future :

Many screenings are organised informally by cycling advocates. Just let us know well in advance if you plan to screen the film, and we'll post details here.

Posted by inconvenient_truth at 15:54 No comments:

Beauty and the Bike-What Happened Next?

The excitement of the film premiere is over. Back we go to "normal" life in Darlington. We've managed to keep the beautiful dutch bikes - in fact we're going to buy 40 more this year and expand the bike hire scheme. But how many girls will keep on cycling? We know that cycling is still "uncool" for many UK teenagers - perhaps because it feels so unsafe on our meagre infrastructure? Here, one of the girls from Beauty and the Bike, Lauren Pyrah, comes behind the camera to ask what is happening to the Darlington girls now. Kate, one of the original group, is joined by Francesca to shout the praises of everyday cycling. But Ashley has stopped. Why? And will politicians listen?
Posted by inconvenient_truth at 15:53 No comments: